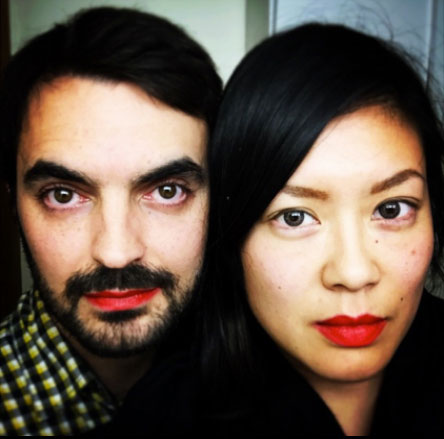 Red My Lips is an international nonprofit organization designed to raise visibility and awareness about the realities and prevalence of sexual violence, while combating rape myths and victim-blaming. We run an annual global awareness and action campaign where our fierce and fearless supporters rock red lipstick all throughout the month of April (Sexual Assault Awareness Month) to demonstrate solidarity and support for survivors and start important conversations with people in their lives.

Our Mission is to transform our culture of sexual violence by educating, inspiring, and mobilizing a global community to red their lips, raise their voices, and create real change.

We continue to convince ourselves that rape only happens to "those girls" who "weren't careful," "gave mixed signals," or "put themselves in a bad situation." And we elect to believe that men and boys are rarely, if ever, victimized. This tendency to blame, shame, and silence survivors who come forward only serves to convince others that they are wise to keep quiet, giving those who perpetrate these crimes free reign to continue doing so without consequence. Additionally, we frequently misunderstand rape and sexual assault as something provoked by uncontrollable sexual attraction or desire, instead of what it is: an act of domination, entitlement, and violence. This mentality was echoed in the infamous statement made by a Toronto police officer in 2011, when he said, "Women should avoid dressing like sluts in order not to be victimized," which triggered worldwide protests known as 'Slutwalks.'

Red My Lips combines a core message of Slutwalk with the campaign format of Movember to promote the idea that sexual violence is not caused by tight or revealing clothes, makeup, or "letting your guard down." It is caused by one person's DECISION to overpower and violate the body and spirit of another. And until we acknowledge and address this reality, the worldwide pandemic of sexual violence will continue.

Wearing red lipstick in April allows supporters to speak out against these damaging myths and victim-blaming attitudes. It allows us all to stand in solidarity with survivors and refuse to be invisible…refuse to be silent.

Wear red lipstick in April to raise awareness about sexual violence and SPEAK OUT against victim-blaming!

Learn more about our April Campaign

On the night of April 28, 2011, Red My Lips founder, Danielle Tansino, was out with friends. She was later isolated and raped by a childhood friend of her then-housemate. After filing a police report, and following a traumatic experience with the court system, she was told by a female district attorney that they would not prosecute because, "Jurors don't like girls that drink."

In this moment, she realized it was not 'the system' that fails victims of sexual violence…we ALL do. We ARE the system. And almost more shocking than this realization was the response from friends and family who suggested that the attack was a mere "misunderstanding," or attempted to frame it as a natural consequence of "not being careful enough." Many others refused to hear or talk about it at all.

As a social worker, activist, and fighter for social justice, the silence and myths surrounding sexual violence fueled an intense outrage…an outrage that erupted in December of 2012 with the creation of Red My Lips.

Check out this interview with founder Danielle Tansino:

In order to address sexual violence across the globe, we need to believe and support those who have been victimized, while also challenging the attitudes and beliefs that normalize, minimize, and perpetuate these crimes. Therefore, our approach includes promoting both survivor support and culture change. 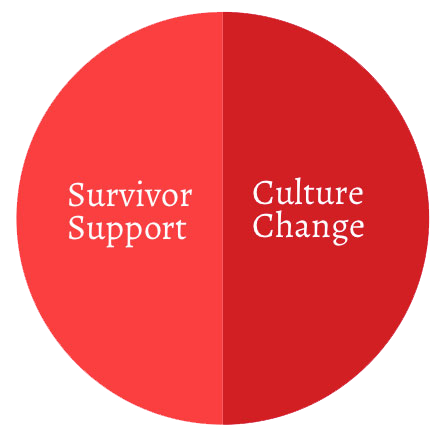 One of our main goals is to create a culture where survivors feel supported and safe. However, taking on victim-blaming can often cause past traumas to resurface. We encourage all supporters (regardless of whether or not they have experienced sexual assault first-hand) to engage only at the level they feel most comfortable and safe. We also encourage supporters to be mindful of how their words and actions impact others, particularly those who have experienced trauma.

Challenging attitudes and beliefs that are so ingrained in our culture can be overwhelming, frustrating, and exhausting. Supporters often end up having difficult conversations with people that they care about. So we encourage all Warriors to be patient with others and themselves and to remember that change is a process that will not happen overnight.

We believe that in order to solve large-scale social problems, we need to think outside the box. We believe that creativity, expression, and even humor can be powerful catalysts for change. Whenever we can, we seek to engage, support, and collaborate with artists, poets, and other creative people who use their art to raise awareness and change our culture.

Standing up, being seen, and fighting for change takes strength and perseverance. This is one reason we call our supporters "Warriors"… because they're fierce! ('fierce' - vehement, intense, strong)

Everyone knows people who have experienced sexual violence, whether or not they've told you.

We can't expect survivors to report or talk about what they've been through when we (as a culture) blame, shame, and silence them.

Most loved ones want to support survivors in their lives but aren't sure how.

Rape myths, victim-blaming and the normalization of sexual violence are ingrained in our culture. Therefore, the first step for creating real change is looking inward and challenging our own assumptions and judgements.

Society's toxic messages related to sexual expression (particularly female sexuality) contribute to a culture where sex is seen as dirty, aggressive, and demeaning, instead of natural, safe, and pleasurable.

In order for real change to occur, people need to realize that this problem affects us all.

In order to create real change, we need to address the problem at its root.

Propping up a survivor's "bad choices" is not rape prevention, it's victim-blaming.

Perpetrators love when we focus on victims, because it allows them to perpetrate without question or consequence.

Each person has incredible power to impact those around them, as well as the world.

These conversations are difficult and messy, but we need to keep having them.

One of the most common misconceptions about sexual violence is the belief that it is provoked by sexual attraction or desire. This rape myth often leads people to blame victims based on how they looked, what they were wearing, how much makeup they had on, if they flirted with their attacker, etc. Since it is historically connected with sexuality and attraction, red lipstick seems a fitting weapon with which to combat these damaging myths.

Additionally, sexual violence is frequently an invisible issue, as the stigma and shame associated with these acts leave many victims suffering in silence. Red lipstick is highly ACCESSIBLE, VISIBLE, and (as it is worn on the lips) encourages wearers to be SEEN…and HEARD. As a result, it gives us an easy way to begin important conversations with people in our lives, while demonstrating solidarity and support for all those affected. 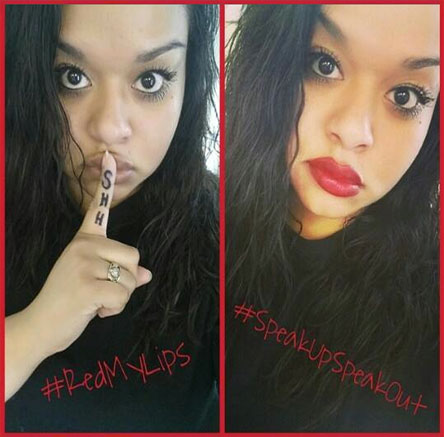 What about men/male survivors? Expand

People of all ages and genders can experience sexual violence, not just women. The red lipstick in this campaign is not a symbol of women as victims. Instead, we use red lipstick as a weapon and a tool to create visibility and combat the damaging myths and victim-blaming attitudes that lead many survivors (from all walks of life) to suffer in silence. This is not a "women's issue," it is a human issue. To learn more about how and why it's so important for men to get involved, click here. 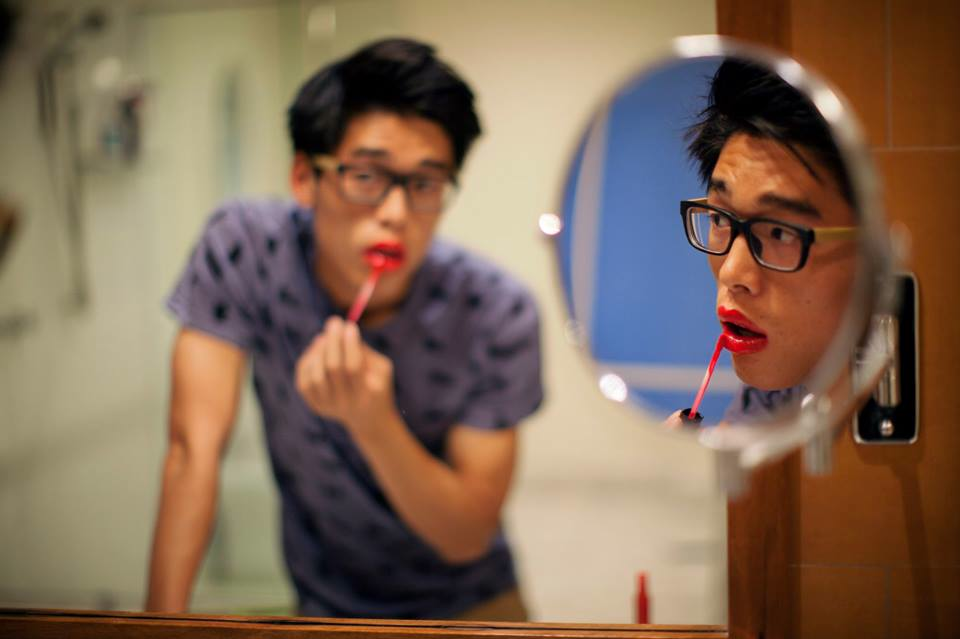 I will NOT wear red lipstick. Can I participate in a different way? Expand

Absolutely! While we have found that supporters who rarely or never wear lipstick tend to have some of the most powerful experiences participating, we understand that doing so is not comfortable for everyone.

Supporters are encouraged to get creative. In previous years, Warriors have come up with some fantastic ways to incorporate red lips or lip prints to create visibility, demonstrate solidarity, and get people talking about the cause. To check out some examples, click here.

Red My Lips temporary tattoos are also great as an alternative or addition to lipstick. Check out our online store to purchase yours today! 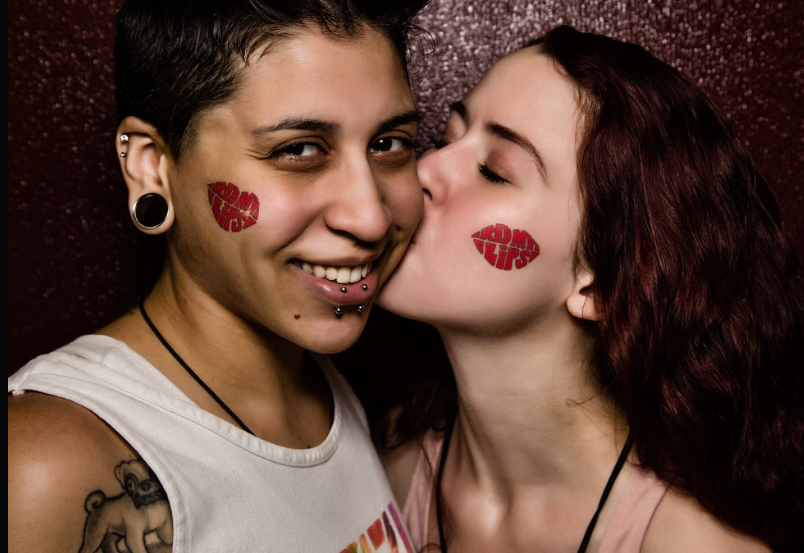